How to Easily Potty Train your Child this Weekend 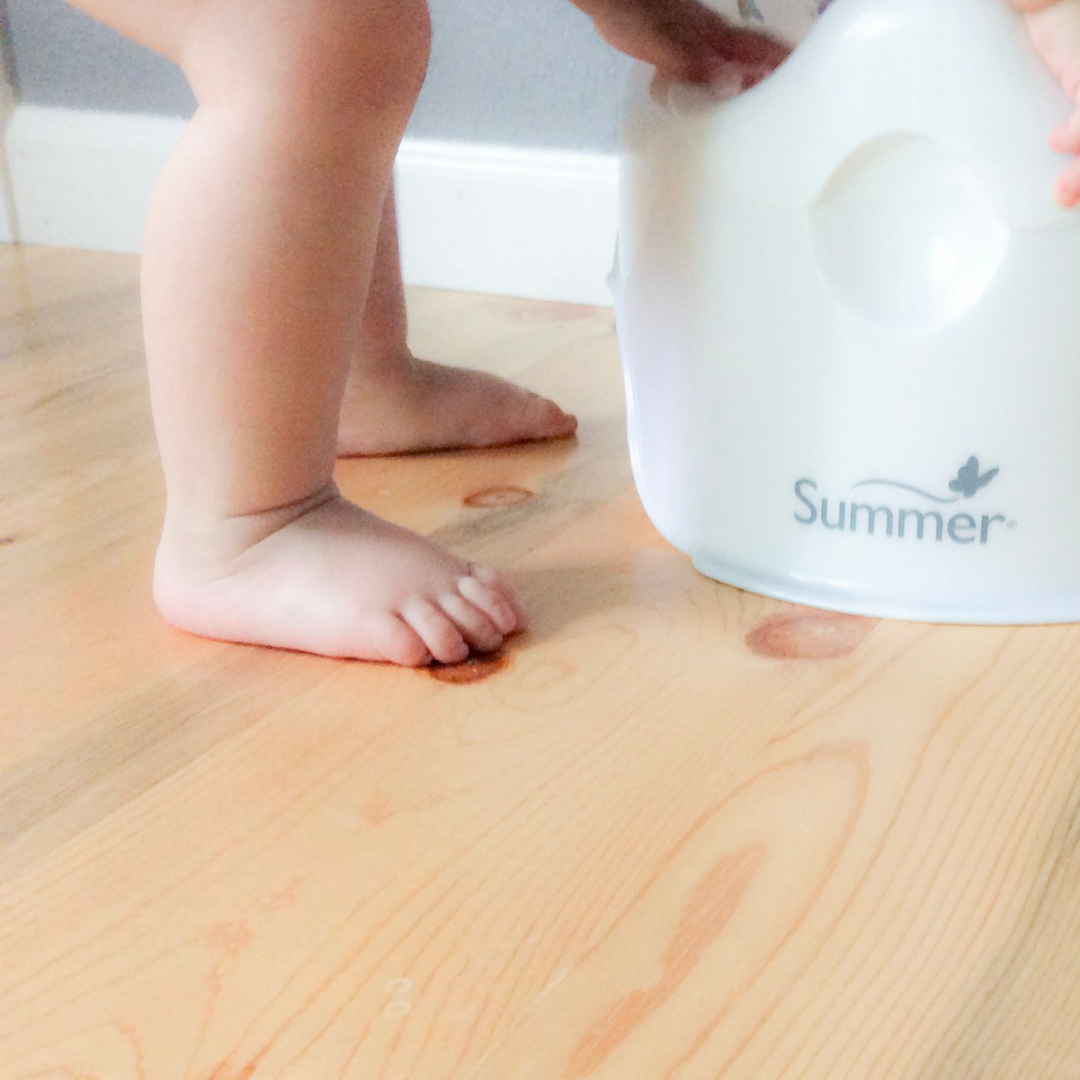 There are so many different methods for potty training out there.

Trust me, I read them all. When our first was just a couple months old, I had friends, and even strangers, tell me I should start potty training him at 4-5 months and I could have him potty trained by 8 months. What! Potty train a child who couldn’t walk or talk? I’m sure it is possible, but I thought it would be just as much work to get an 8 month old on the toilet as it would to just continue changing diapers, so I knew this was not the method for me.

Then I had others tell me that if I started too early he would have regressions until he was like a teenager. I should wait until he told me he wanted to go potty and basically taught himself. This sounded great (and easy), but what if this didn’t happen until he was 5 or if he decided at that point that he would just stick with diapers forever. I knew quickly that this method was not right for me either. 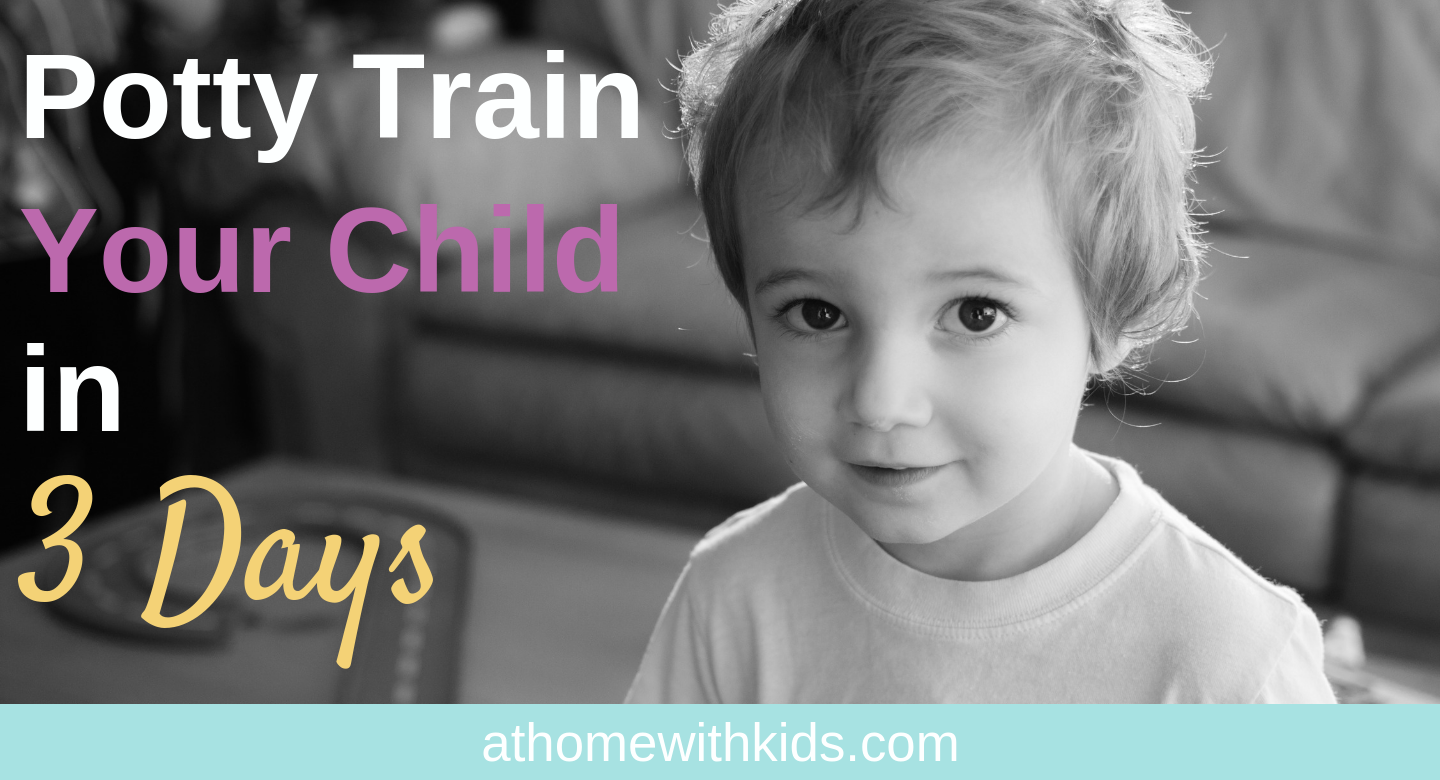 Are you serious about potty training your child in 3 days? Sign up for Potty Training Boot Camp and learn everything you need to know to get it done quickly!

This post contains affiliate links. If you choose to purchase through one of our links, you will be supporting our small business at no extra cost to you. For more information please see our disclosure page. 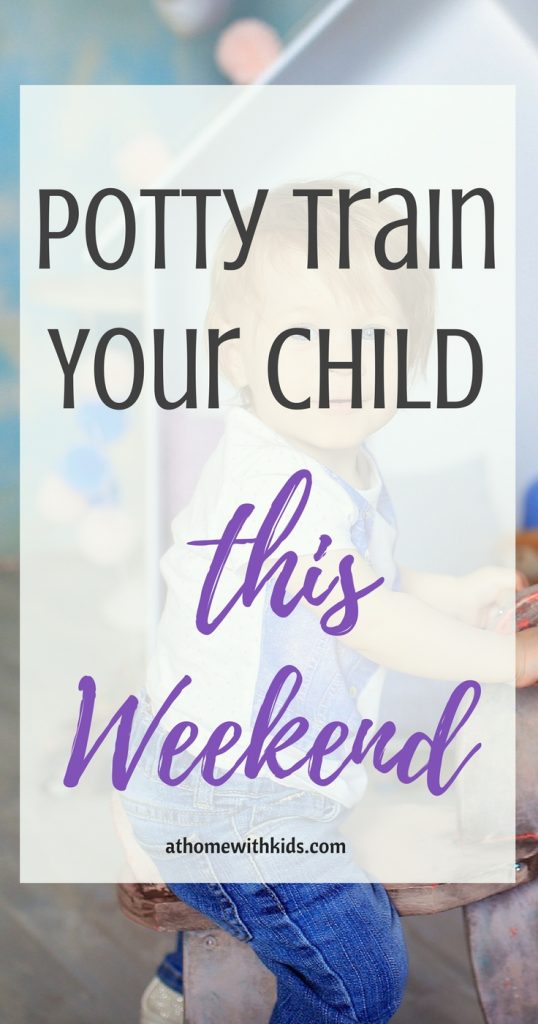 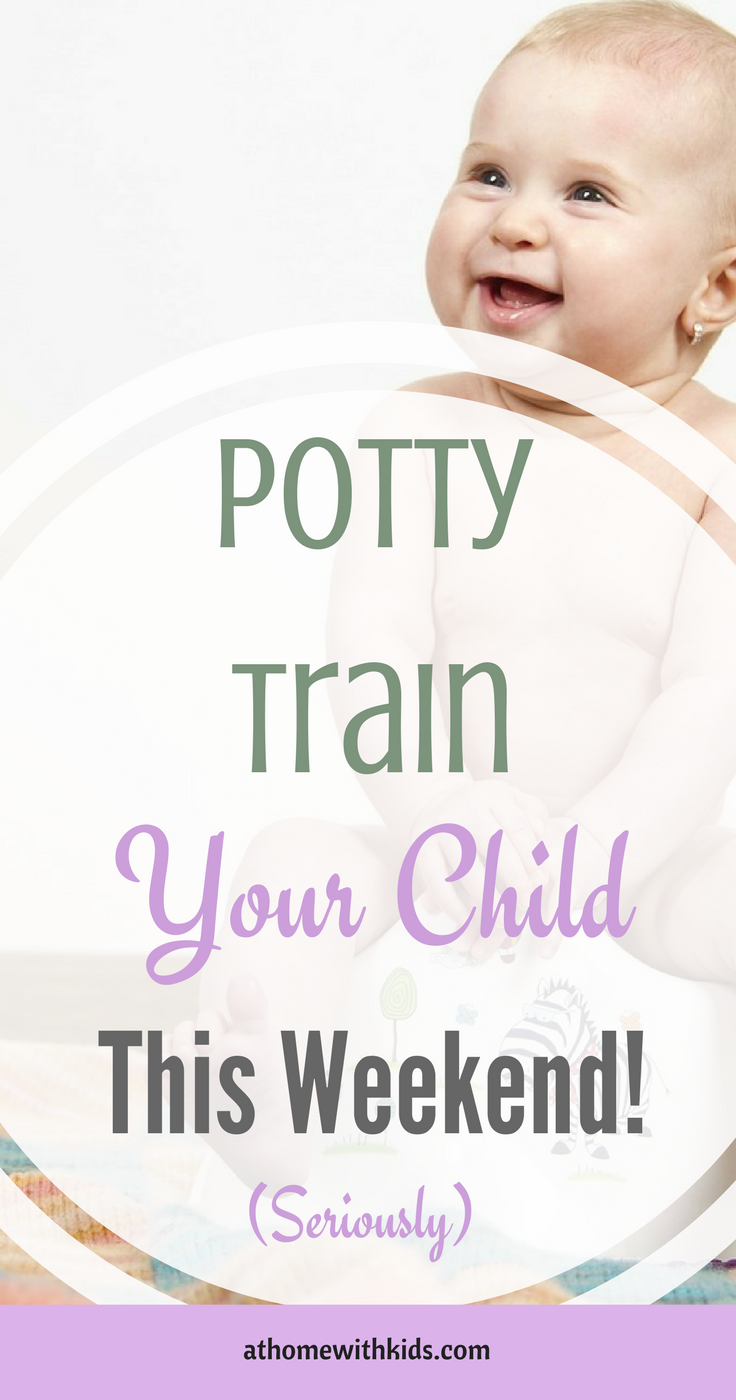 So what is the best method to potty train?

I started reading books, articles, talking to friends and family, and doing as much research as I could find. And you know what I realized? I needed to think about what kind of potty training experience I wanted and what would be the best for my kid. I didn’t want to potty train for a year, or even a month. I wanted to potty train as quickly as possible. Once I started the process, we were going to be ALL IN. I also wanted it to be a positive process for my kid so I could not let it become so stressful for me that I put that stress on him.

So I waited a little bit, until he could walk and talk, before I started with the method I knew would work for us.

Of course, when he turned 8 months, the mom guilt set in. I wasn’t ready to start the process (and knew he wasn’t either) and I thought, “oh no, he is supposed to be in underwear by now.” (Do they even sell underwear small enough for an 8 month old or would I have to sew it myself?) I had to remind myself, that while that method might work for some, I wanted my process to be much easy on me and him, so it was okay for me to wait.

At about 17 months, he started following me in the bathroom every time I would go. (This is awkward at first, but let it happen. It will make potty training So. Much. Easier!) He was so curious and I could tell he was wondering why he didn’t do this too. I took a trip to the store and got a kid size potty. Nothing fancy. Just one that was simple, white and looked similar to ours. When he would follow me into the bathroom, he naturally started pretending he was going. I never even told him too, he just wanted to be like us. I also saw him take his stuffed animals in there every once in awhile so they could go potty. So cute!

We did this for about a month and I knew it was time for potty training.

I waited for a three day weekend and decided that he would be potty trained before it was over and my full attention would be given to him for the process.

Before we get into the nitty gritty of our process, I want to tell you a few things. 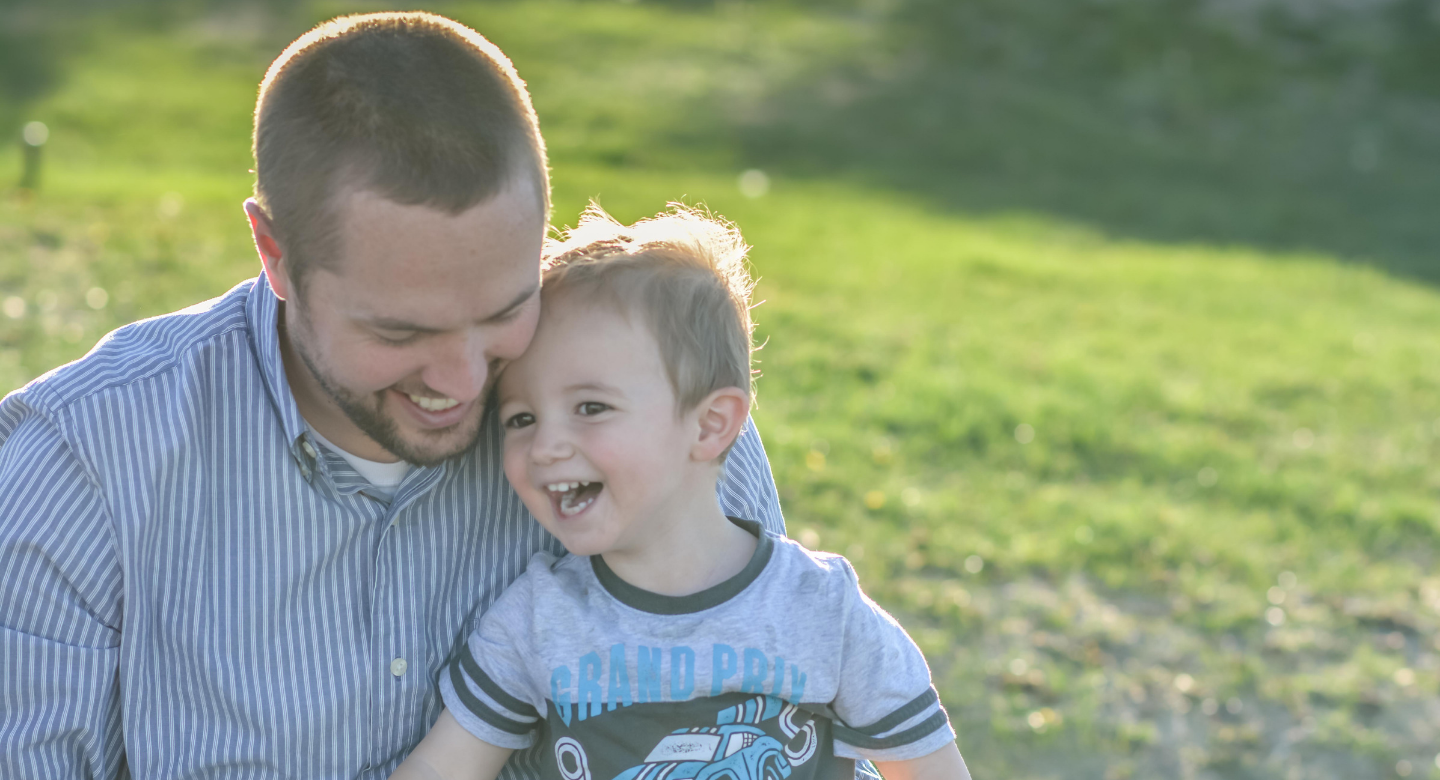 So here’s what we did. The exact steps you can take to have a potty trained kid in three days!

Friday night we had a night out, went out to eat, and talked to our little guy about how exciting it was to use the potty and wear underwear and that starting tomorrow he would get to wear his very own underwear.  After dinner, we went to the store and let him pick out his very own underwear and he was stoked! We knew he was ready and excited to start the process. I also bought another small potty so I could have an extra one in whatever room we ended up hanging out in all weekend. I highly recommend this!

You may also want to read:

And how did it go?

Well, let me just say…after day one, I thought there was no way I was going to be able to do this and he must not be ready. I wanted to throw in the towel and go with the potty training himself method when he was a teenager.

But stick with me because by day two, I was so happy I didn’t give up.

I had read that when potty training, as soon as you noticed your child starting to go, run him to the potty so he could see some pee in the potty and feel success. I don’t know if it was the juice or what, but when he would pee, it was for about two seconds. And this happened every 5-10 minutes. Usually right into a toy bucket. I never got him to the potty successfully! Not once. He literally peed every 5-10 minutes for 2-3 seconds ALL day! And he never once told me he was peeing. The great news is, he never pooped on the floor. The only success of the entire day was watching “Elmo’s Potty Time.” I may need to credit the potty training of both of my kids to Elmo. And I definitely plan to use this movie when my third is ready.

That night as we laid down for bed, I told my husband he must not be ready. And I was spent. I had piles of laundry, tons of toys that needed to be sanitized, and I was physically exhausted. 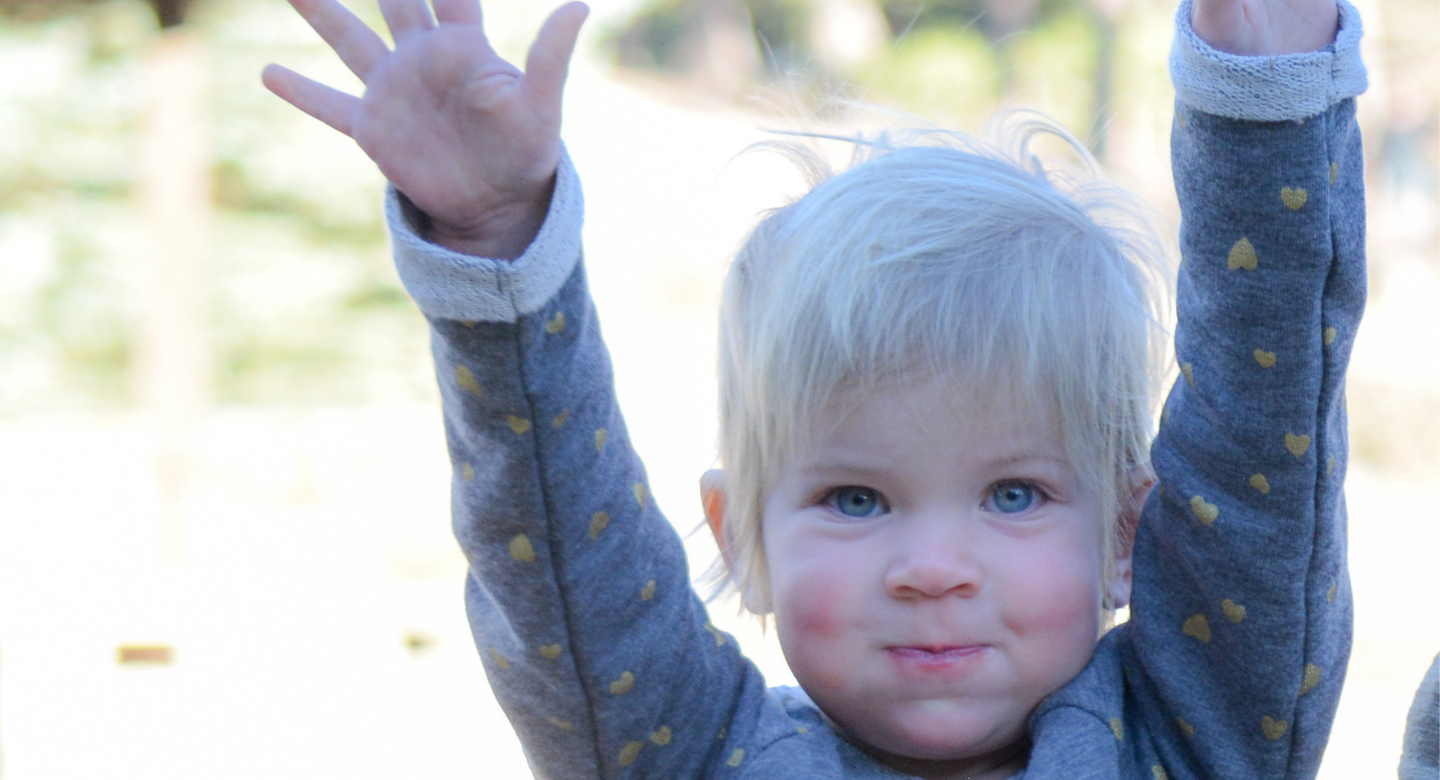 Hang in there, day two gets better!

I honestly wasn’t sure if I was going to continue on day two. I thought it might be okay to wait a few months and pick a new weekend to start again. But when I went to get my little boy out of bed that morning, the first thing he said to me was, “Mommy, I need to go potty.” I took him to the bathroom, sat him on the potty, and he went! He actually got it in the toilet! I have no idea what happened, but I knew it had clicked and we were going to have another fun filled day of potty training.

And I’ve got to tell you, he was so proud of himself! By the end of the day, he was not going every few minutes anymore. It is like his body had regulated a bit now that he started to understand the process. He was now peeing every couple hours and it was more predictable. I also started to notice his mannerisms just before he needed to go which helped me get him to the toilet in time.

(One thing that happened a bit different for my daughter was that she never had to go. I could give her buckets full of juice and water and she wouldn’t need to pee for hours. She just wasn’t getting enough practice and I was worried she wouldn’t get potty trained if she never had to go. So, I started setting a timer and having her try every 30 minutes just to practice getting on the potty. Sometimes, just from sitting there she would get some pee out and feel so proud.)

Day two was a success.

My son was starting to get the hang of it and he was excited! I wasn’t sure if one more day was going to be enough, but I knew that he would have it really soon if we kept going like this. So, I got the living room ready for day three. I also planned an outing for us to really test it out and see how far we had come.

That day we were more relaxed. He was wearing clothes again, instead of just underwear, we played outside, and I didn’t have to worry so much about the towels. In fact, he only had one accident all day. I knew from here on out, he might have a few accidents here and there, but he got it! 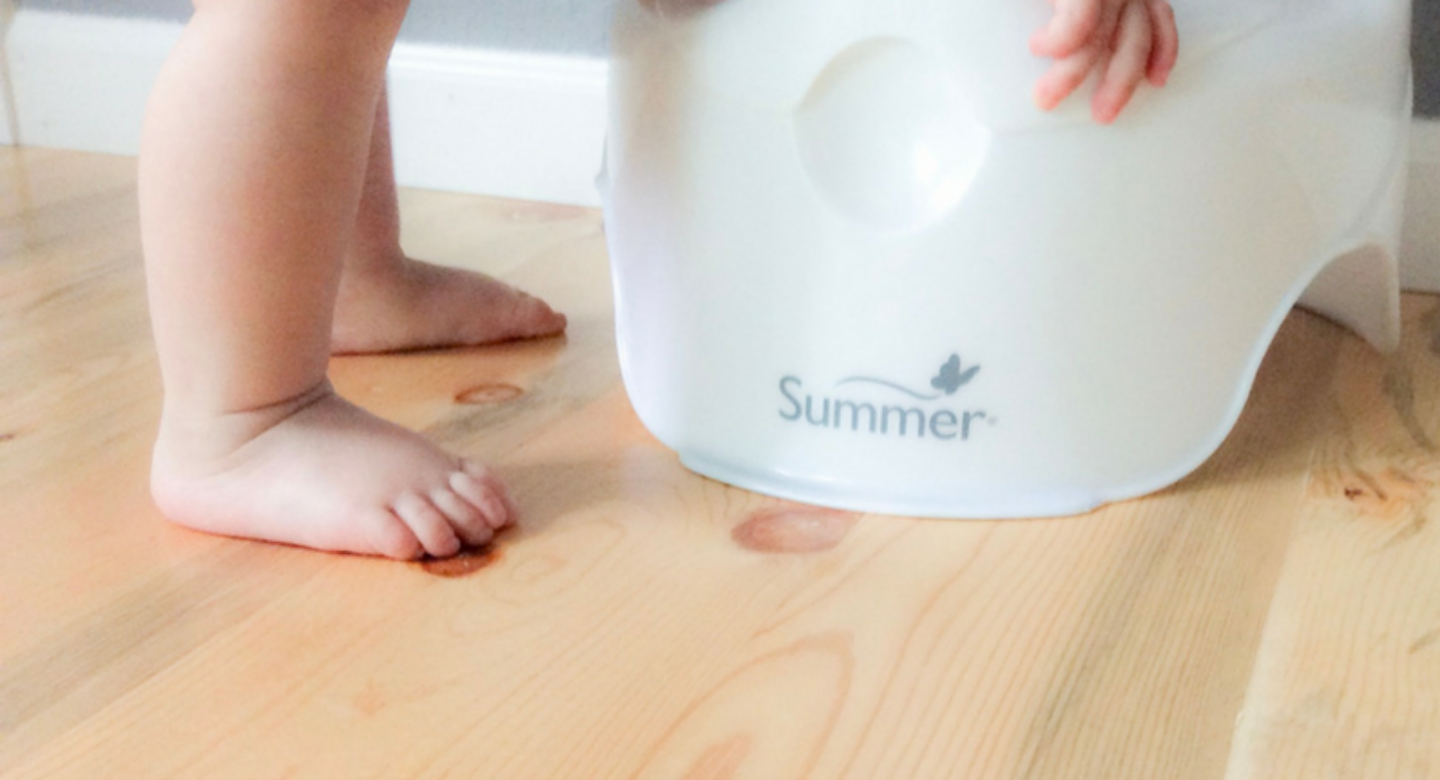 I still had the tendency to nag him for the next few weeks, but realized quickly that the less I did, the better he did telling us when he had to go. I also brought a potty seat with us almost everywhere we went. This made those giant public toilets so much easier (and cleaner) for him to use. Here’s a great one that folds up and can easily fit in a purse or diaper bag.

This is the part that many people are not going to disagree with me on, but again, I did what I thought was best for my family and decided not to listen to anyone else. During this process, I did not focus on night time training at all. I read lots of articles about how a child will be confused if you put a diaper on when they sleep and this will cause regression during the day. I did not experience this at all. In fact, both my children were successfully potty trained in three days with very few accidents after that. They were out of nap time diapers within a couple months and night time diapers in about 6 months. I didn’t have to do anything for the night time or nap time training. I just waited until they were dry most mornings and told them it was time to wear underwear to bed too. They rarely had an accident at night after this point and even started waking up to go on their own if they needed. In my opinion, it is totally fine, and I think less stressful, to separate nighttime and daytime potty trying.


Recap of the process and steps to use the same process for your kids.

Super charge your potty training and sign up for Potty Training Boot Camp!

Choose three days that you can devout completely to potty training. I recommend that one parent take the lead and be there all three days so there is consistency with everything.

The night before you start

This method has successfully worked with all three of my kids (and they are all completely different). They were all potty trained before they were two. Remember every child is different. If you start this method and after three days you do not see any progress, evaluate your child and decide if it might be too soon. You can always go back to diapers and try again in a couple months. There is nothing wrong with that!

The most important things to remember are:

If you found this helpful, don’t the forget to share it! 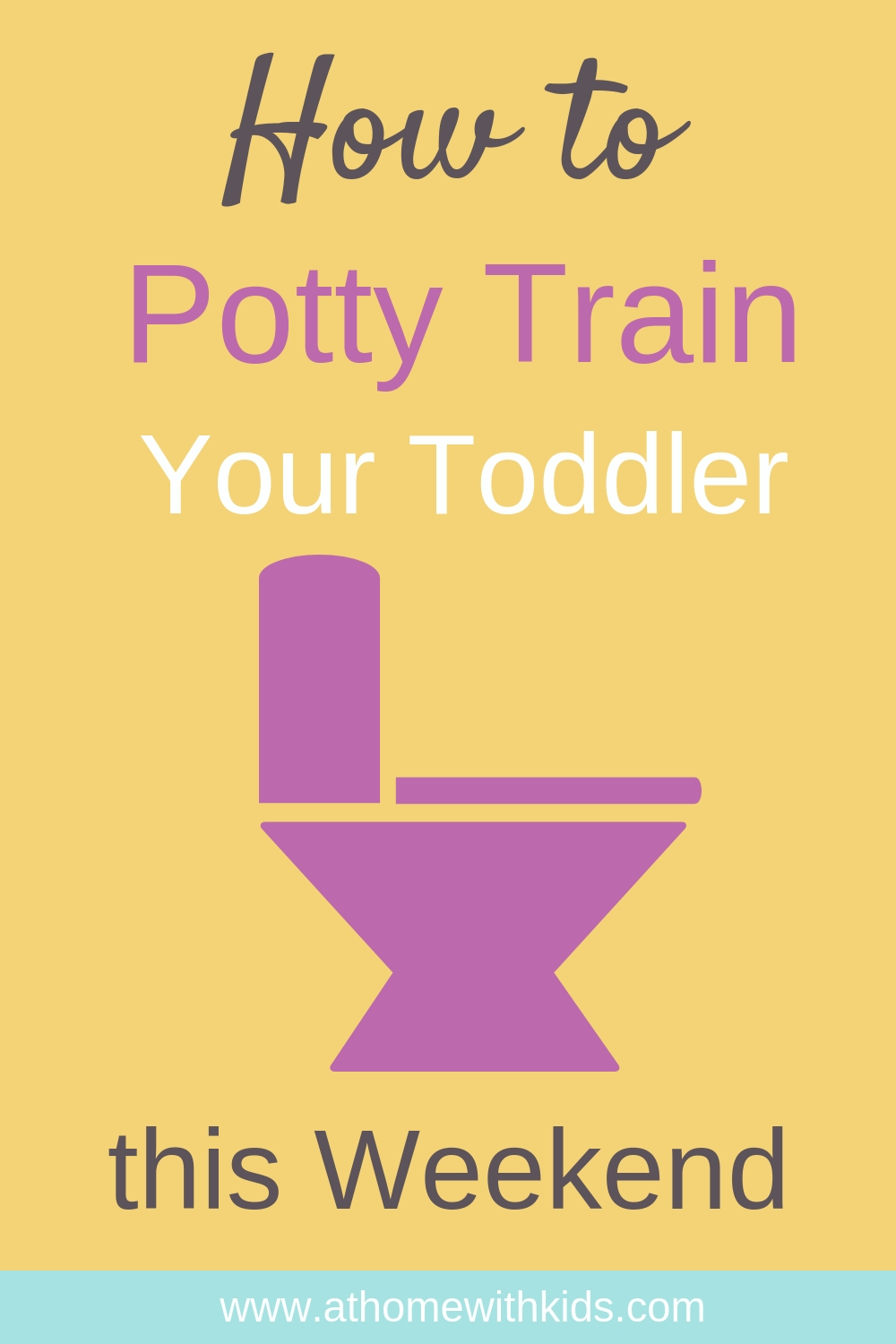 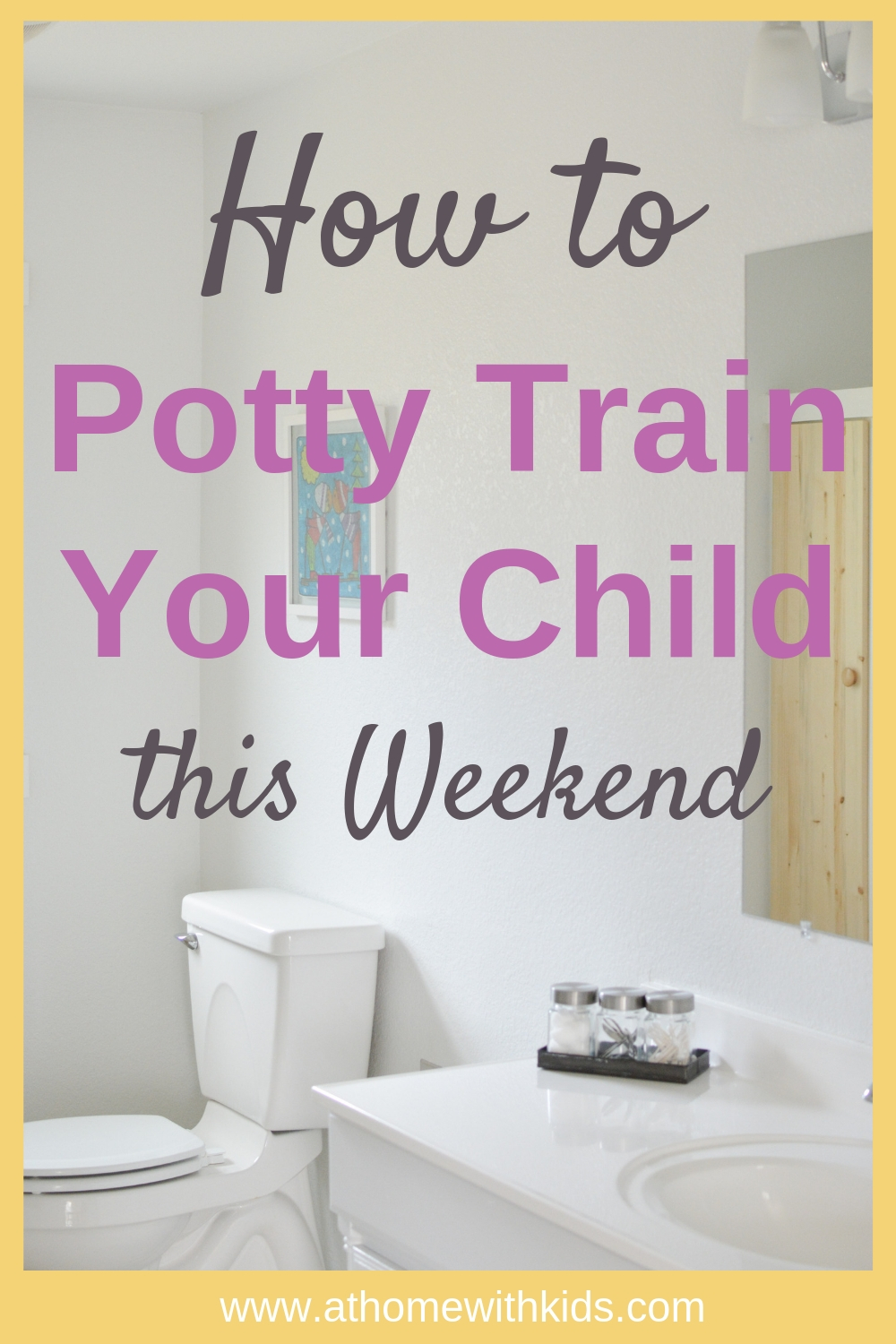 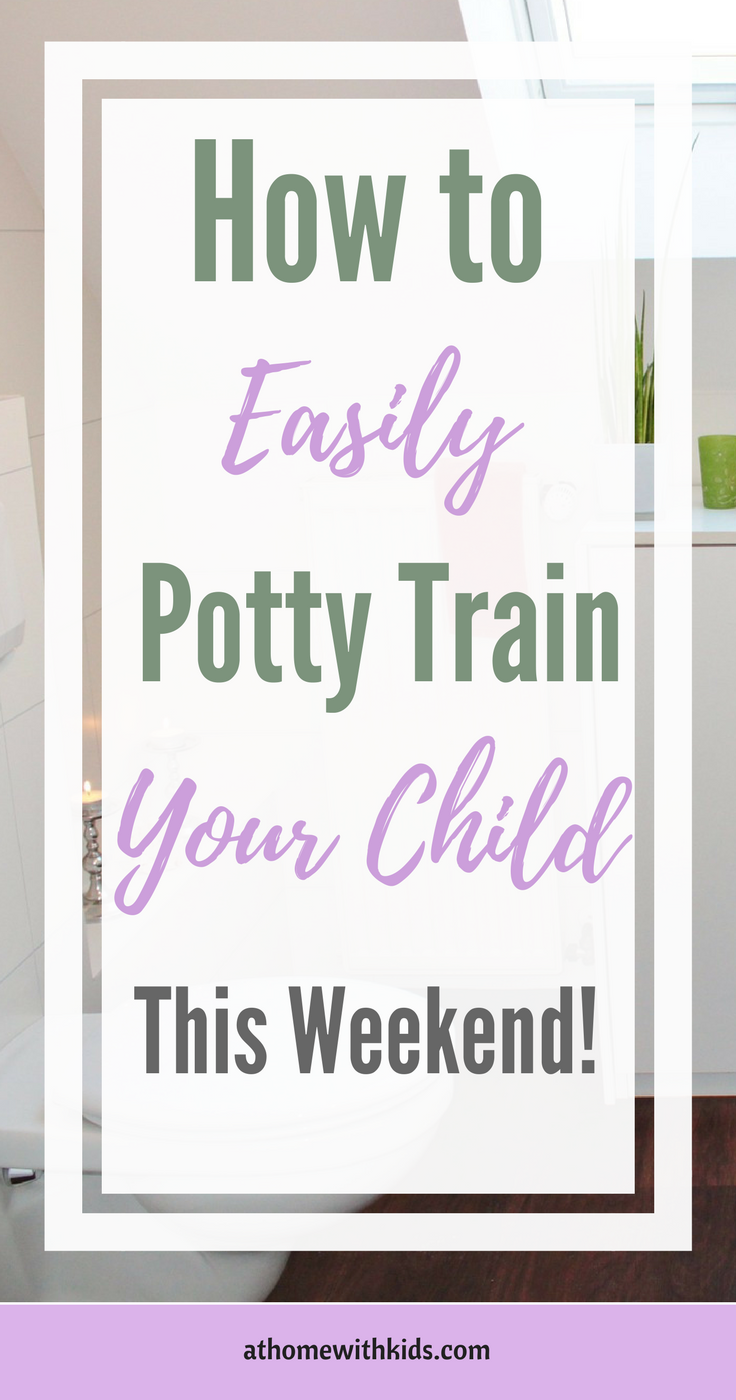 How to Potty Train your Child this Weekend
athomewithkids.com 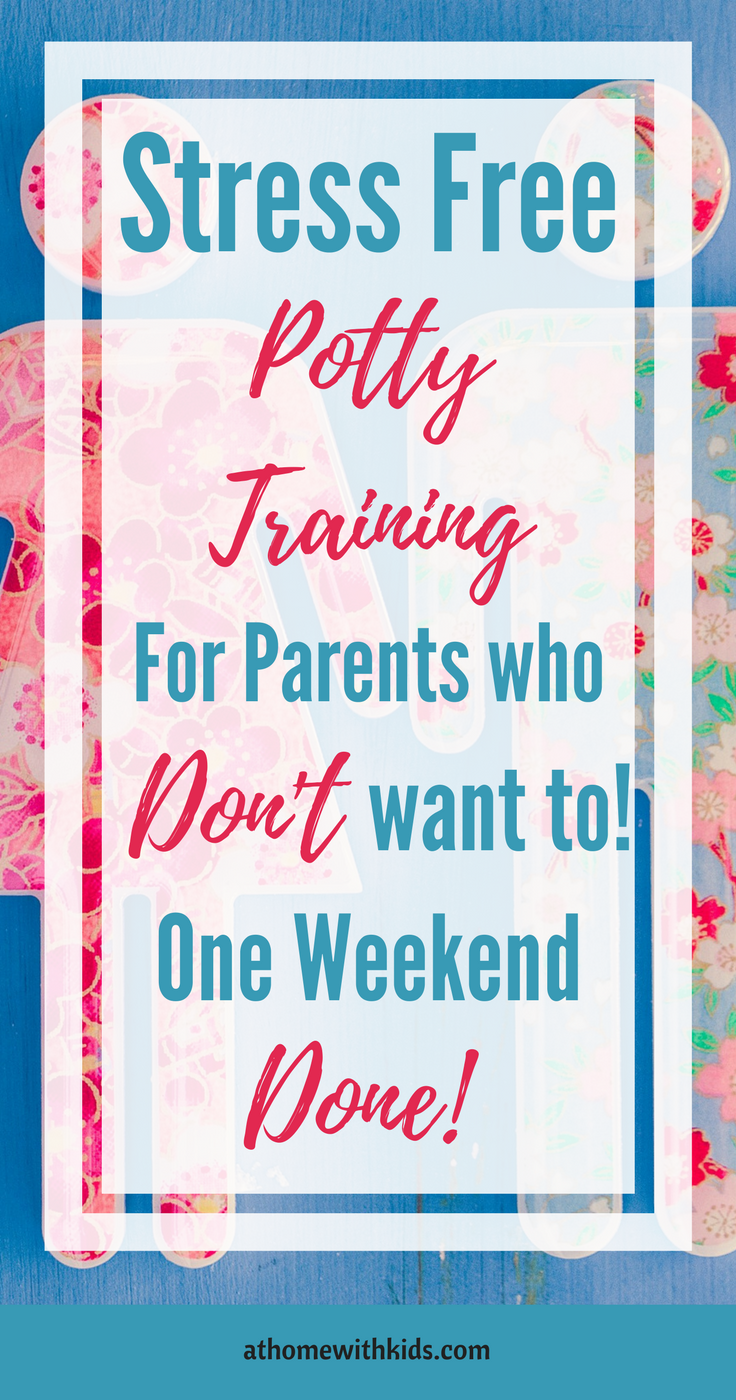 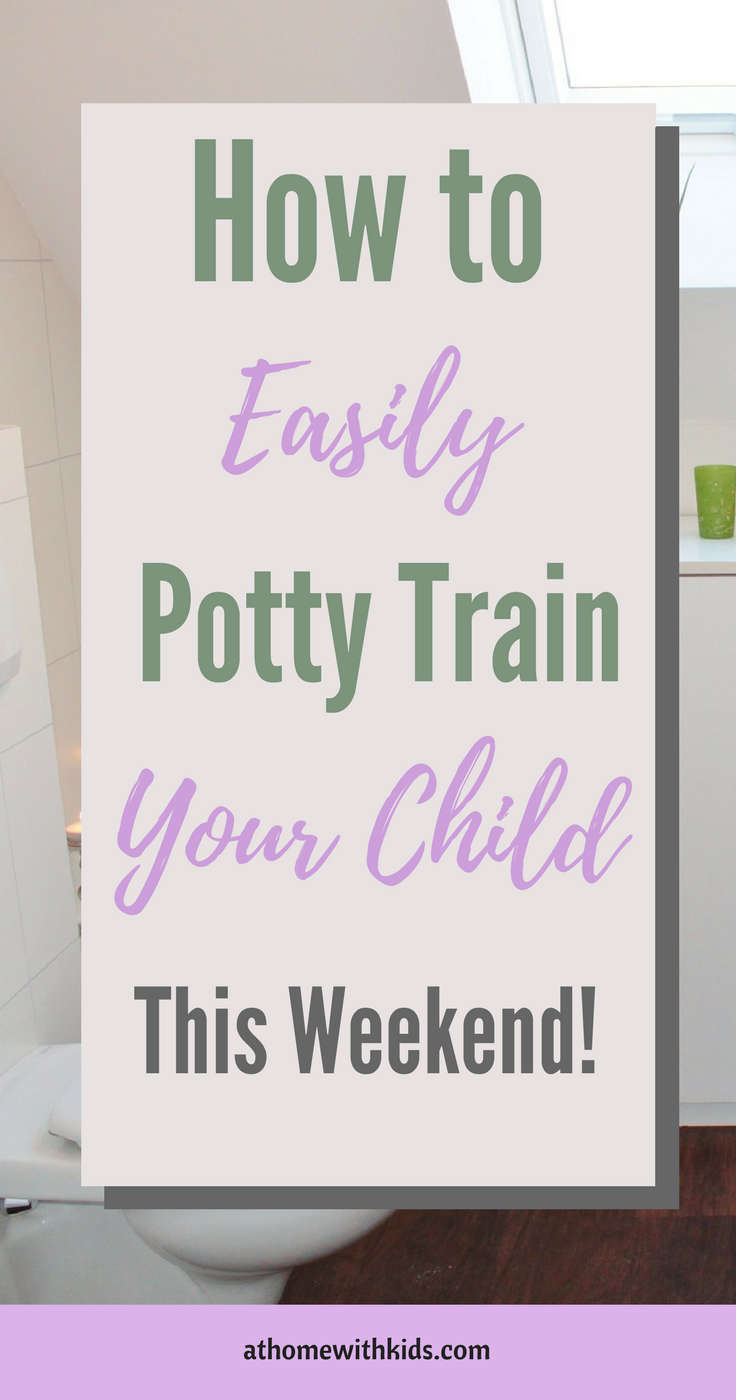 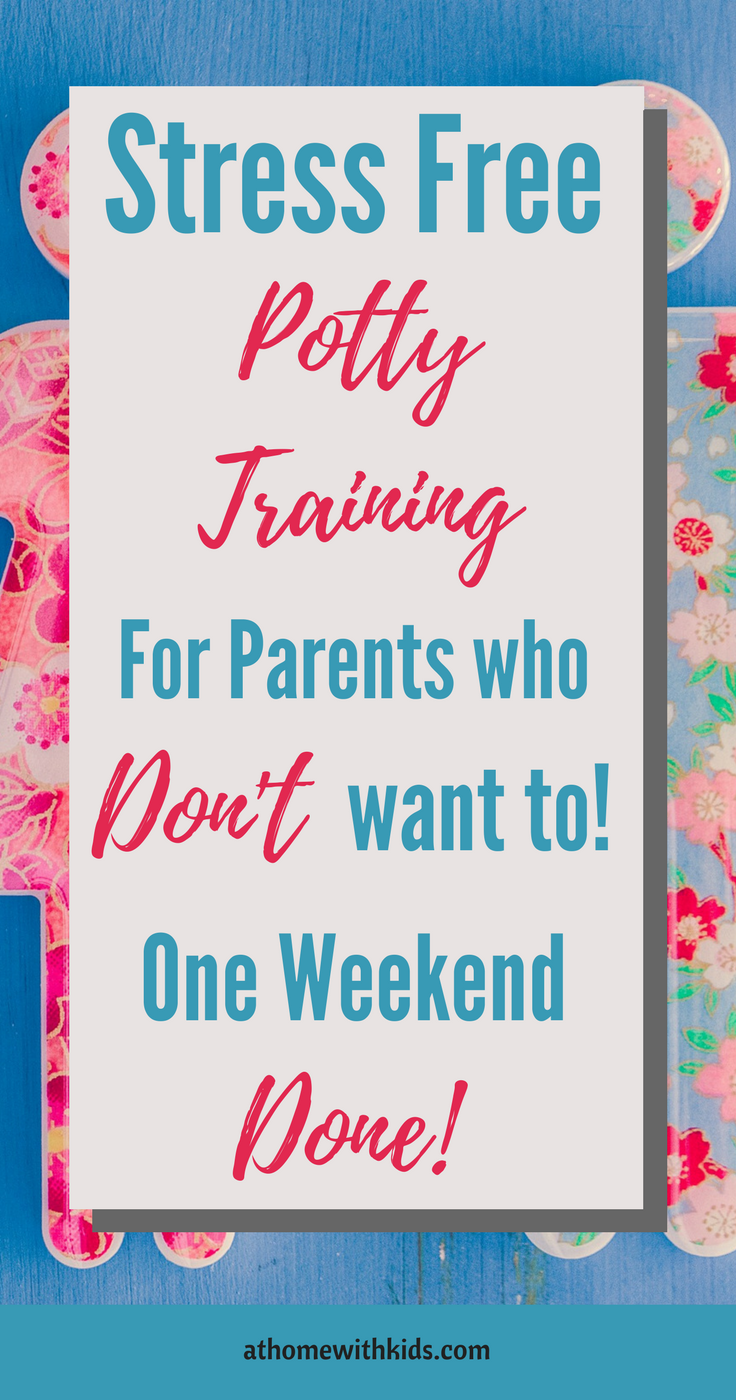 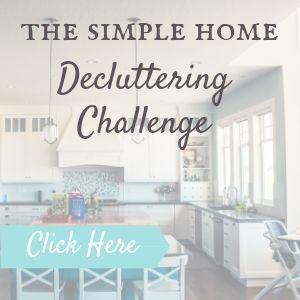 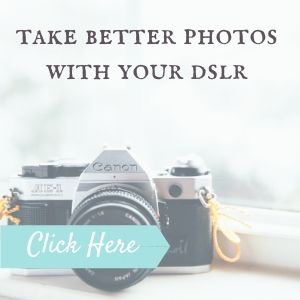 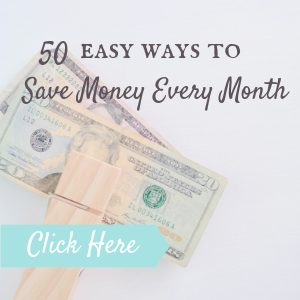 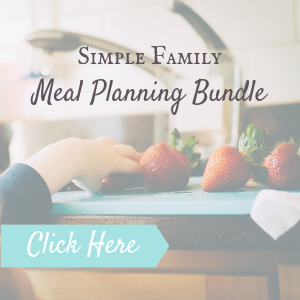 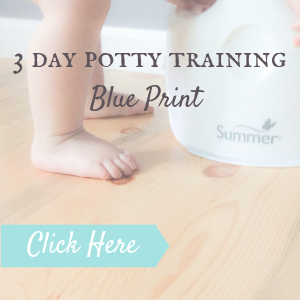 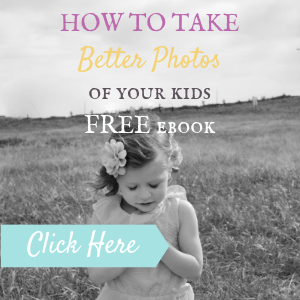 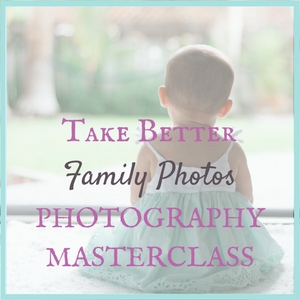